Published by the Friedrich Ebert Foundation BiH, Sarajevo, first edition July 2015, second edition September 2016 with an additional afterword, available online as pdf:
http://library.fes.de/pdf-files/bueros/sarajevo/12972.pdf
German version: Moll UmgangCacoKazani DeutscheVersion
German version Afterword 2016: Nachwort2016 Kazani Moll Dt
Abstract: Two names have become synonymous with crimes committed against Serbs by units of the Army of Bosnia and Herzegovina within besieged Sarajevo during the 1992-1995-war: Mušan Topalović Caco and Kazani. Caco was the commander of the 10th Mountain Brigade of the First Corpus of the Army of BiH, who controlled parts of the old town of Sarajevo and who committed numerous crimes, especially against Serb civilians. Kazani is the name of a pit on the Trebević mountain, situated in the area controlled by the 10th Mountain Brigade, which Caco and his men used as place for murder and as a mass grave for their victims. How did Caco and Kazani become a symbol of the crimes committed against Serbs during the siege of Sarajevo, and how did the public discussion around these topics unfold and develop in Sarajevo during the war and the following two decades? Who have been / who are the different sociopolitical actors involved in these discussions, and which arguments and discursive strategies did / do they use? The crimes against Serbs from Sarajevo committed by units of the Army of BiH are a particularly sensitive, controversial and often polemical topic in relation with the history of the besieged Sarajevo, involving many different, often contradictory attitudes: glorification of Caco, denial and relativisation of the crimes and also political instrumentalisation of them, and at the same time various efforts to publicly acknowledge the crimes committed and to protest against their denial and down-playing. This text analyzes the complex (and ongoing) process of dealing with these crimes from the war until today and also embeds the topic in a more general question crucial for any post-war-society: To what extent are social or polical groups willing not only to emphasize their own victimhood related to crimes committed against them by other groups, but also to publicly acknowledge crimes which have been committed by members of their own group?

← Memory Lab: The 6th annual studytrip and workshop will take place in Belgium in October 2015
Interviews with “Buka” and “Balkan Insight” about Kazani and dealing with the past in BiH and the post-Yugoslav space → 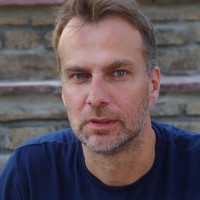