Nicolas Moll is a historian and a trainer in the fields of intercultural cooperation, dealing with the past and civil society development. 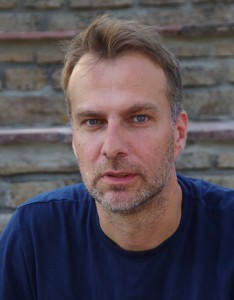 I was born in 1965 in Brussels and am a French and German citizen.  I studied Contemporary History and Political Science in Freiburg i. Br., Geneva, Aix-en-Provence and Strasbourg, and I hold a PhD in Contemporary History from the University of Freiburg. After my studies, I worked for four years as professor and coordinator of the German Cultural Studies and Language Department at the Institut d’Etudes Politiques in Paris.  Then, I spent six years as Head of the departments of “Pedagogical Intercultural Training” and “Research and Evaluation” at the French-German Youth Office (FGYO) in Berlin. At the FGYO, I participated in the development and implementation of the South Eastern Europe Initiative, which brings together civil society actors from France, Germany and the successor-countries of Yugoslavia. In 2007, I moved to Sarajevo, where I served for two years as Deputy Director of the French Cultural Centre André Malraux and as head of the Bosnia and Herzegovina cluster of  EUNIC (European Union National Institutes of Culture). Since 2011, I have been working as independent historian and as free-lance trainer, combining research on the one hand and practical work on the ground on the other. Currently, I am conducting research on topics related to 20th and 21st Century European history and am involved in Trans-European cooperation projects, especially with civil society actors in the field of dealing with the past from Western and South Eastern Europe. One inititaive I am coordinating is “Memory Lab – Trans-European Exchange Platform on History and Remembrance” (www.memorylab-europe.eu). I am also a partner of the social enterprise crossborder factory, which I co-founded with Frank Morawietz and Martine Alonso-Marquis and which is based in Berlin, Paris and Sarajevo (www.crossborder-factory.eu).

The question of how to connect and understand different European societies and histories runs like a thread through my professional and personal biography. My key topics of interest, both for my research as well as my work in the field of civil society, include the following fields: